The size of the ring lies between 5.76 and 6, and I left a brushed finish on the band.

The stone has abundant internal and surface inclusions (see surface pits in the 3rd picture). It’s basically opaque, with a tiny bit of iridescent sheen but, more than anything, the color made me stop in my tracks!

Corundum has a hardness of 9, so it won’t scratch as easily as other stones! 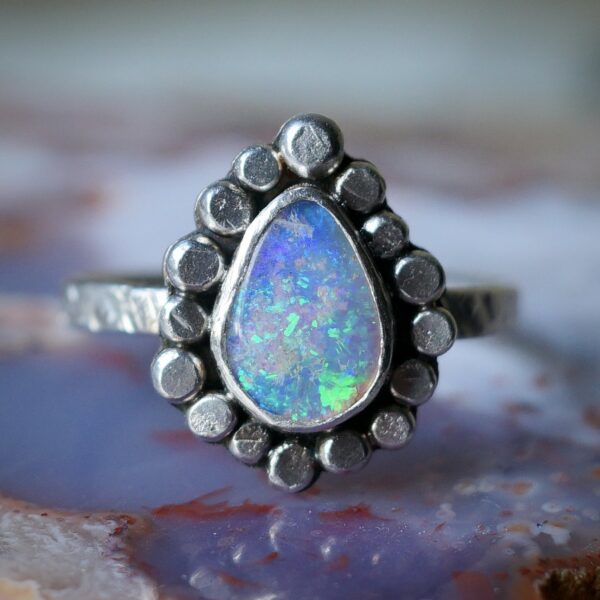