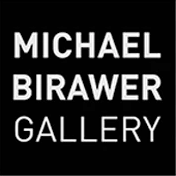 Nationally acclaimed artist, Michael Birawer, has brought a new look to the face of urban neighborhoods through his unique style of painting. A combination of graffiti, cartoon, illustration and heavy textures, his paintings have received praise from both art critics and patrons, who describe his work as “ one of the best examples of the contemporary revival of urban art. ”

When asked about his work Birawer states, “ In my work, I strive to capture the connections between people and place that create identity. Where we stop for coffee in the morning, have a beer with a friend, or attend a sporting event – all become a part of who we are as individuals, neighbors, and community members. By exaggerating the personalities of the people and architecture, I hope to inspire emotions and evoke memories for the viewer; feelings that may go unnoticed or under-appreciated in the routine of life. Additionally, I hope that my work makes people think about the importance of community in a world that seems to be increasingly individualistic. ”

Michael Birawer has an external system for taking orders, separate from this website.

Michael Birawer has an external system for taking orders, separate from this website.